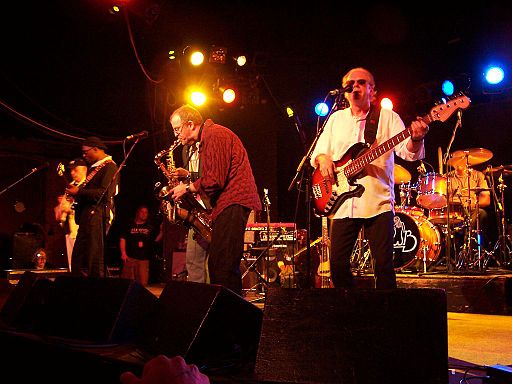 In the early 70s it was known that if you wanted a record deal you had to be in London, so this is where the future members of the Average White Band found themselves. Alan Gorrie (Perth) and Onnie McIntyre (Glasgow) had a couple of releases under the name Forever More on RCA and were working in the house band at Island Records, while Roger Ball (Perth) and Mike Rosen were in demand as session musicians, dubbed The Dundee Horns.

AWB formed in 1971 when Alan booked a session at Denmark Street studios. Still without a name, they were added to the lineup of The Lincoln Music Festival in 1972 and under pressure, they adapted the phrase ‘too much for the average white man’. After the gig they decided to change format and Hamish Stuart joined to add falsetto vocals to the mix. In 1973 they performed at the Eric Clapton comeback concert and were instantly signed by MCA.